The Door To Freedom

The Door to Freedom (continued):

I was in the sixth grade when World War II ended. My parents had shortly before bought a small farm on highway 67 near Indianapolis, Indiana. My sister and I enjoyed a wonderful life from then through high school.

Mother and Dad had both worked in defense plants during the war; but as the war was winding down, Dad began raising chickens (and other typical farm animals). We sold some on the highway. After the war ended and gas rationing ended as well, Dad decided to try peddling them in Indianapolis. He took me along.

Sometime around age 25 or so it hit me. Those people were NOT buying chickens because I was a good salesman. They were buying from me because they felt sorry for this poor little kid who had to work! At age 11, I sold almost as many chickens and eggs as Dad.

Funny thing, though. I didn't know I had to work. I thought I was having fun and making money.

but all they do is take off with my money.

I am a real person - not hiding behind a website. (My email and  phone number are at the end of this article.)

The knowledge is FREE.

Don't bother scrolling to the bottom of the page to see the price - there is none!

And the whole story is right here on this page.

I will not ask you to "fill out your details" to "get the rest of the story".

MEANWHILE, back to "my story":

During Junior and Senior High School, the poultry business grew until we were raising, processing, and selling over 1000 chickens a week. But Dad didn't really like the headaches and problems connected with that business. He had grown up on a general purpose farm and wanted to do the same. So, as I finished High School, we had moved to a larger farm and were farming over 300 acres with about 50 dairy cows.

As I attended Junior College, I also milked the cows night and morning as well as plowing the corn, baling the hay, etc.

The plan was for me to continue college, but as the Summer drew to a close, there was just not enough money for me to go. After the crops were harvested in the Fall, the family decided that either Dad or I would go to town and find a job for the Winter. (I was selected, but I really have no idea why it was I rather than my father.)

Thus began my REAL education! Even though I had a little college, I was a green farm boy (even wore a green corduroy suit jacket). I answered some help wanted ads. One was with a termite control company. The owner convinced me I could make a lot of money selling termite control to homeowners.

What happened? I had learned how to sell. At first, since I did not know much, I just tried to answer prospects questions as best as I could. Gradually, as I learned a little more, I became a cocky 19 year old kid - and the people sensed that.

People will buy whatever your product is if they sense you are genuine and care about taking care of them. On the other hand, if they feel you are only interested in yourself and see only dollar signs on the head of the prospect, the rejection rate will be very high.

That experience was over 60 years ago, but people are still the same. When I see a flashy website with all the bells and whistles and pop ups bouncing all over I may be impressed with the artistry. However I'm just as likely (if not more so) to actually pull out my credit card for a site that presents the facts in a straightforward manner. How about you?

After the winter, the sales manager called and I went back to termite control. This time I started at the bottom and worked up. Much better results. Eventually a friend and I started our own company, I married. Life was good. Then BAM - I got drafted. Spent most of my Army time in Germany, got to see much of Europe with my wife and new son.

The Army experience was mostly good - and educational. But I came home (now with two sons) and had to start over on my business - which had basically dried up while I was gone.

The only time I have ever worked for a 'boss' was in the Army. I prefer to "do my own thing". And as Frank Sinatra sang in That's Life:

That's what all the people say.

You're  ridin' high in April, shot down in May.

But I'm gonna change that tune,

When I'm back on top in June.

I said, that's life, and as funny as it may seem,

Some people get their kicks stompin' on a dream.

But I don't let it get me down,

Cause this fine old world just keeps spinnin' around.

I've been up and down and over and out,

And I know one thing:

Each time I find myself flat on my face,

I pick myself up and get back in the race.

The Pest Control business grew and my family grew - four sons now. Bought a large house in a nice section of town, started driving my first Cadillac, etc. Became a member of the National and State Pest Control Associations. (Also started my first dabbling in multi-level marketing - Amway, the father of the industry.) Life was good.

Then an upstart termite control company started running newspaper ads that he would treat any house for only $75.00. That put all the other companies in Indianapolis (and me) in an uproar. "How can he do this?" "Ruining the industry for us all." Etc.

But I started thinking, "You could obviously not properly service a 3000 square foot house for the same price as an 800' house. However, a company COULD develop a price structure taking into effect the total footage, type of building, and other factors so that a price chart could be set and the customer would know what he/she was getting."

So I set out to do an experiment on that in a couple of Ohio cities, and ran newspaper ads about it.

The prospects loved it and business grew. Unfortunately, the National Pest Control Association did NOT.

I was eventually kicked out of the NPCA.

That's what all the people say.

You're  ridin' high in April, shot down in May.

The hazards of being a pioneer! It was (supposedly) unprofessional to advertise price. Same for doctors, lawyers, etc. REAL professionals in those days could not even have any more than a simple name listing in the Yellow Pages - and other advertising was strictly taboo.

How times have changed. Professionals of all stripes now have full page YP ads, billboards, TV commercials, and more. Recently I saw a huge billboard ad for a termite control company with a price of $2300.00 in huge letters!

But back then, while in the long fight with the NPCA, I had relocated to Kansas City. Once again the established companies did NOT like me because I advertised heavily and in creative ways.

But I'm gonna change that tune,

When I'm back on top in June.

Nevertheless business grew, the customers loved our service. My family is sports oriented - my sons were in Little League, we had season tickets to the Kansas City Royals, etc. Life was good.

Alas, I had a fight with the Infernal Revenue Service. Would you believe I lost the battle - and the war. Ultimately, after two years of agony with IRS agents and their tactics, I was forced out of the business that had been my life for 22 years.

I said, that's life, and as funny as it may seem,

Some people get their kicks stompin' on a dream.

A few years (and other adventures) later my marriage was on the rocks. When my wife left, I started trying to "find the meaning of it all".

But I don't let it get me down,

Cause this fine old world just keeps spinnin' around.

Out of my pain I decided I would try to help other singles with their pain, so started Christian Singles International, a not-for-profit ministry. We published a newspaper Christian Singles News which made many people happy - over 2500 people married after meeting through the paper.

The catch was, CSI was not only non-profit legally, but also actually. Thus during the 16 years of editing and publishing the paper, I began networking in earnest - with numerous MLM programs over the years.

In the mid 1990's as the Internet grew, it became harder and harder to keep the paper afloat. The cost of printing, mailing papers, etc. kept rising. But the number of personal ads in each issue kept falling. (Why should a person pay me $50.00 or so to place his/her personal ad when it could be done via the Internet free or virtually free?)

Since then I have tried every conceivable program/opportunity you can imagine.

Auto-surfing programs? Been there, done that.

HYIP programs? Been there, done that.

Result, I can tell you hundreds of things that DON'T work.

I've been up and down and over and out,

And I know one thing:

Each time I find myself flat on my face,

I pick myself up and get back in the race.

The good news is: I also know a few things that DO work. And those are what I concentrate on today.

"Experience is the best teacher." However, only fools insist on having ALL the experience themselves.

Many people try to figure a way to work from home, get rid of the J.O.B. (which stands for Just Over Broke), and find a real life. Most never make it - often losing hundreds or thousands of dollars in the process. This is probably you as well, or you would not be reading this. Right?

Don't feel bad. I've been there, too.

I finally realized that a very few good programs (even just one or two) are far, far better than the shotgun approach.

Today, I only have a few. Each of them for a different reason. Only one of them was started at a time. Each one only after careful, diligent, time consuming research.

Would you like to know what those are? Even more importantly, the WHY for each one?

Just give me a call or shoot me an email. I will happily share my experiences with you. However, I will NOT try to sell you anything. I stopped doing that years ago.

Today, I just share experiences and add to my friendship circle. Want to be my friend?

Call or write to see if I am real.

Don't be stuck inside your own mental prison...

YOU have the Key to your Door to Freedom!

Would you like to have a copy of all the 13 Success Secrets â€“ a 41 page book? No charge. Just send an email message with â€œ13 Secretsâ€� in the subject line. 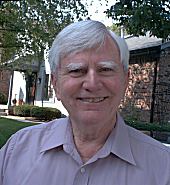